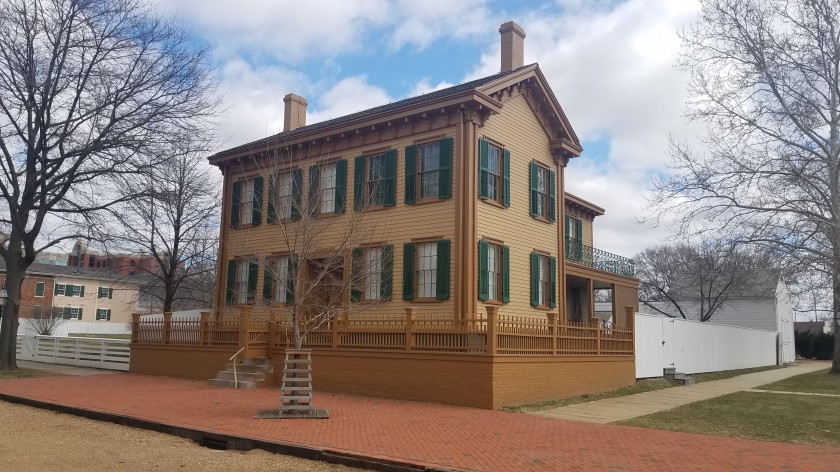 In the last blog, I had declared The Gateway Arch as my favorite of all America’s monuments. In this blog, I will claim Abraham Lincoln as my favorite of all America’s Presidents. His humble origins, his self-taught skills, his steadfast beliefs in the most basic and important values of both humankind and American ideals are all things that put him in such high esteem for me. It is the strength of these convictions that saved our Country in its hour of most peril. And he had to simultaneously deal with the loss of three of he and Mary’s four sons, a crushing loss for any father.

The house shown above is the home he lived in in Springfield, Il for 27 years. The place that give him some of the happiest days of his life, and also the anguish of the loss of their son, Eddie. Walking through his home and seeing so many of the mundane things that were a part of his life for so long was very moving. The two block neighborhood around this home has all been restored to the same condition it was when the Lincolns lived here. It is all administered by the National Park Service.

An incredibly life-like depiction of the Lincoln family as they were at the time they left Springfield to move to Washington to begin his Presidency in 1860. With wife Mary and sons Robert (back), Willie (in front of Abe) and Tad. Many of the tableaus in the museum were of this same type, making for an amazing personal connection. One of the reproductions depicted a slave auction at the moment the mother of a young child was being sold to one owner and the father to another. Even with dozens of people in attendance, there was utter silence in the exhibit area.

Six blocks north of the home is the Lincoln Museum and Library. When we entered, the very helpful Volunteer signing us in “guaranteed” that our time there would be the most enjoyable and rewarding of any we had ever spent in a museum. A little over five hours later as we were leaving just as the doors were being locked, we sought her out to confirm that her prediction was correct. 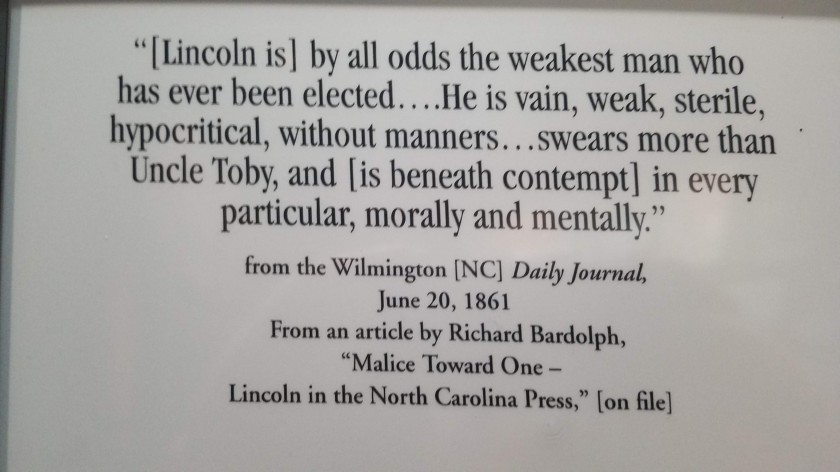 For all us Americans now living that have President Lincoln portrayed in a near god-like manner, it is a veritable shock to see how he was pictured, caricatured, pilloried, and disrespected for a good share of his Presidency. The ugliness and hate-filled language is really hard to imagine. He remained true to his ideals, and overcame almost universal resistance within his own cabinet when he personally wrote the Emancipation Proclamation. It was this manifesto of human rights and dignity that essentially signed his own death warrant. His assassin, John Wilkes Booth was maniacally convinced that Lincoln’s edict would spell the end of the white race. 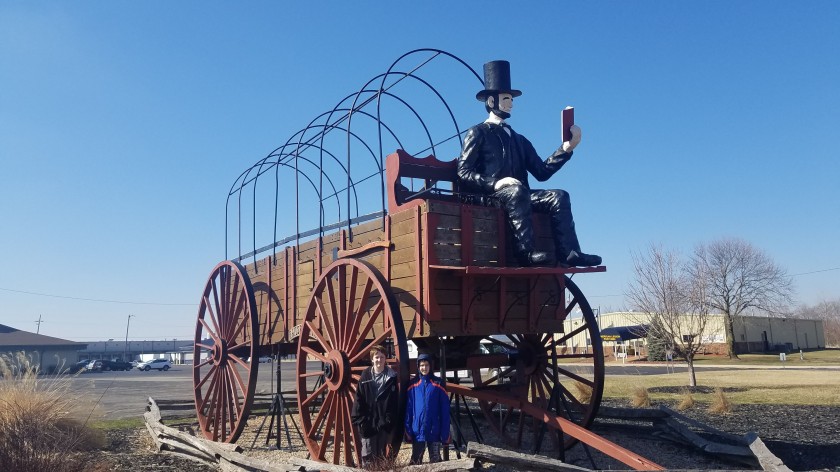 As you can see, Lincoln is “Big”, in all ways in this part of the country. Kids provide some scale, and their coats are required at all times outside of Bridget. 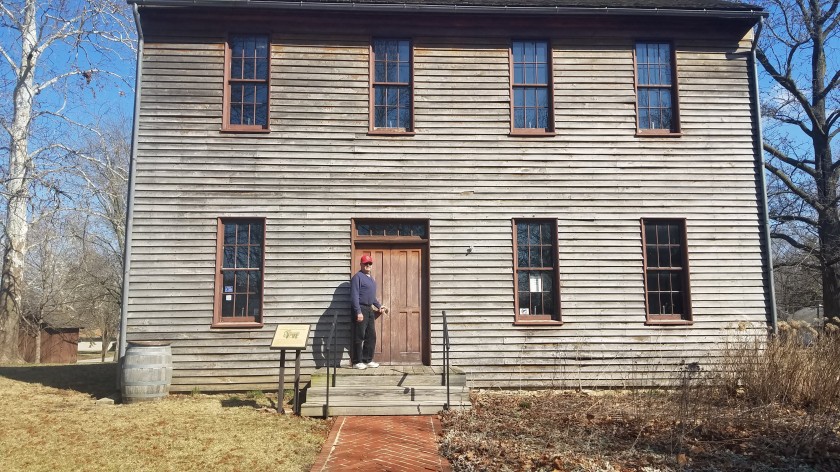 In most of his years at Springfield, for three months out of the year, Lincoln would ride “The Circuit”, representing clients at the Court Houses in the eight counties that were his territory. This is the only one of those original court houses and is in the town of “Lincoln”, named for him while he was President. It was named Postville at the time he was working there.

Nearing the end of Mother Road. And the cold and adverse wind remain constant.

Thanks for coming along.

5 thoughts on “Home Ground of The Great Emancipator”