For those of us born early enough to experience the musical and the movie, it has an almost magical name. As a nine year old in 1955, we had no TV, and movies were a very rare treat. But I do remember getting to go to this everybody’s-talking-about-it-movie. I’m sure it must have been on a “buck night” (whole family for a dollar at the Drive In) or some such enticement or else it wouldn’t have happened.

This marque shows the “big story” for today in Oklahoma. I put on all the clothes I have in the biking wardrobe that would allow me to actually pedal the bike and headed on down the road. None too early, mind you, hoping there would be SOME warm-up. Didn’t happen. My hands were cold. My feet were cold. Torso hot! So, body should be average. 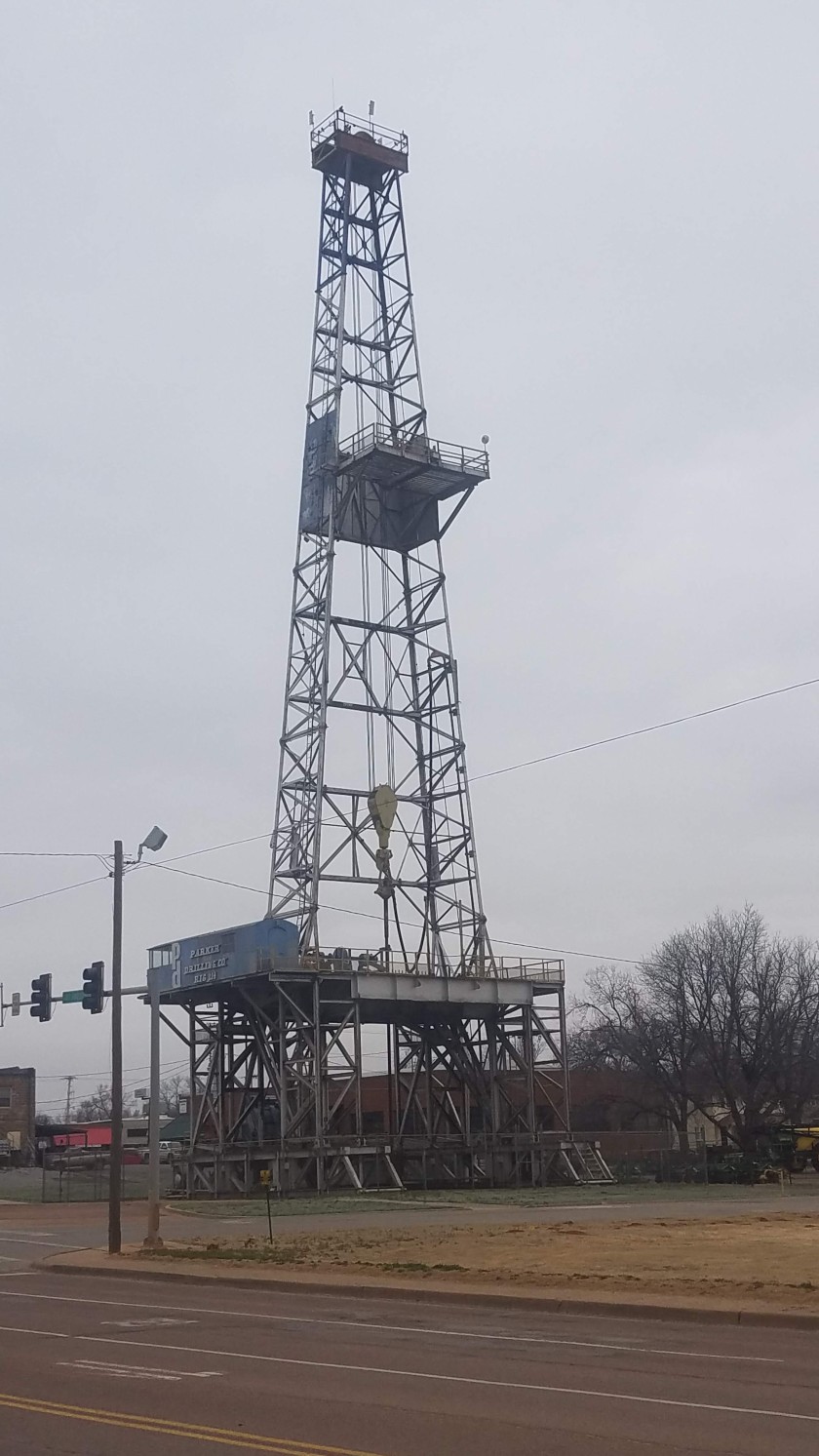 Elk City, OK, was a real “surprise town”. It’s not celebrated in any of the songs or lore of Route 66, but as a one-time center of Oklahoma’s “Oil Patch”, it retains a great deal of vigor and fortitude for building a future along with celebrating its storied past. This gigantic ” oil well drilling rig” sits right at the edge of town to remind all of that history which flooded the this part of the state with new-found riches in that liquid gold that could be pumped from the ground. 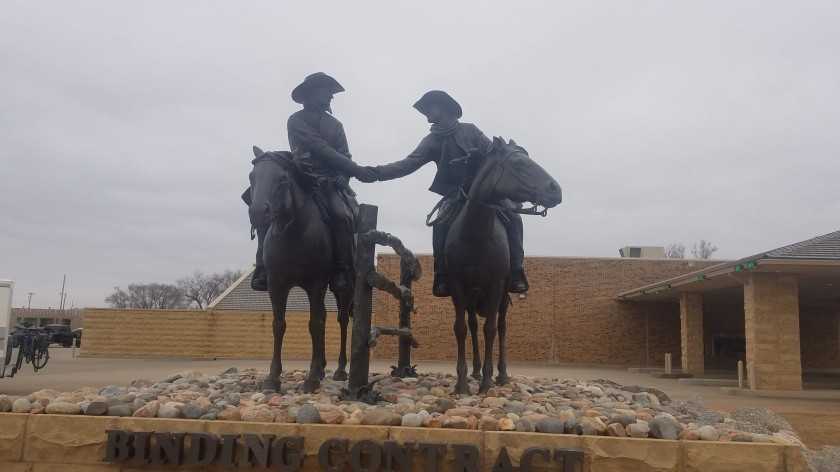 As a life-long farmer and cattle feeder, I felt a real kinship with this nice-looking bronze of two ranchers “sealing a deal” with a handshake. Eyeball to eyeball, and sittin’ a horseback is the closest thing to a meticulously written legal contract that exists. The “fine print” doesn’t exist. “I will if I agreed to.”

Advertised as “The world’s Largest Route 66 Road Sign”, and I’m in no position to argue with it. It is without doubt the largest that I’ve seen. The museum is very well done, and not a roadside grab at your billfold for buying even more souvenirs and knickknacks.

The days when the Model A Coupe’s were the “King of the Road” are long gone, but it was their ability to take anyone on this long-distance journey is what created the lore of the Mother Road. This 1928 version of the first year of production of these classic machines looked right at home with the Oil Patch back drop.

Any museum that incorporates some interaction with the youngsters is going to get high marks from Gramma and Grampa. To Colin’s delight, this old fire engine even allowed bell ringing and steering! It predates the Model A days, and it mounted on a Model T chassis and reportedly was still used in the 1940s! 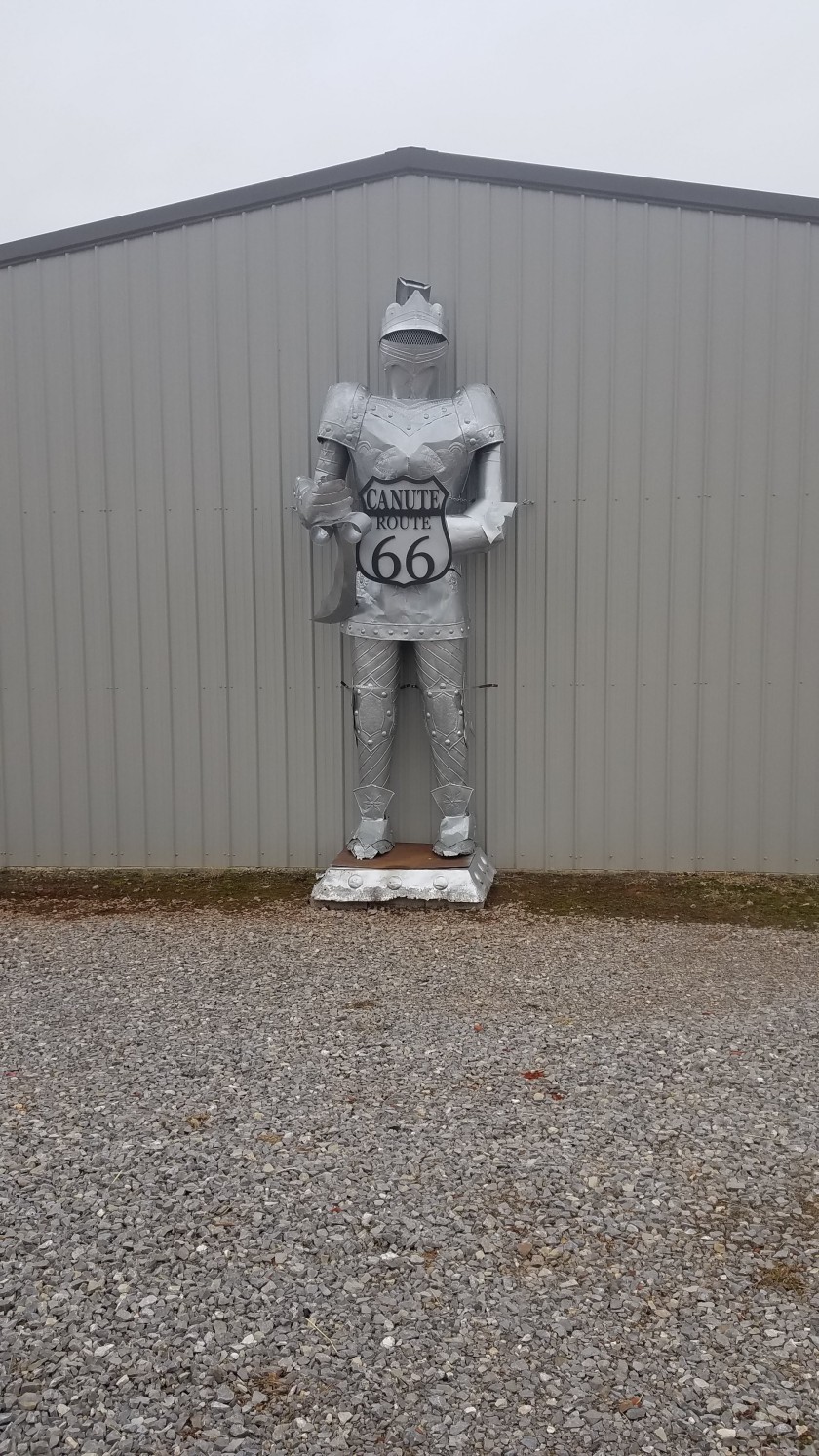 More of those items that defy any explanation. Tiny little town of Canute proudly displays their Route 66 “Knight in Shining Armor”. No. I don’t know why. The only thing we had in common was that we both looked cold this morning. 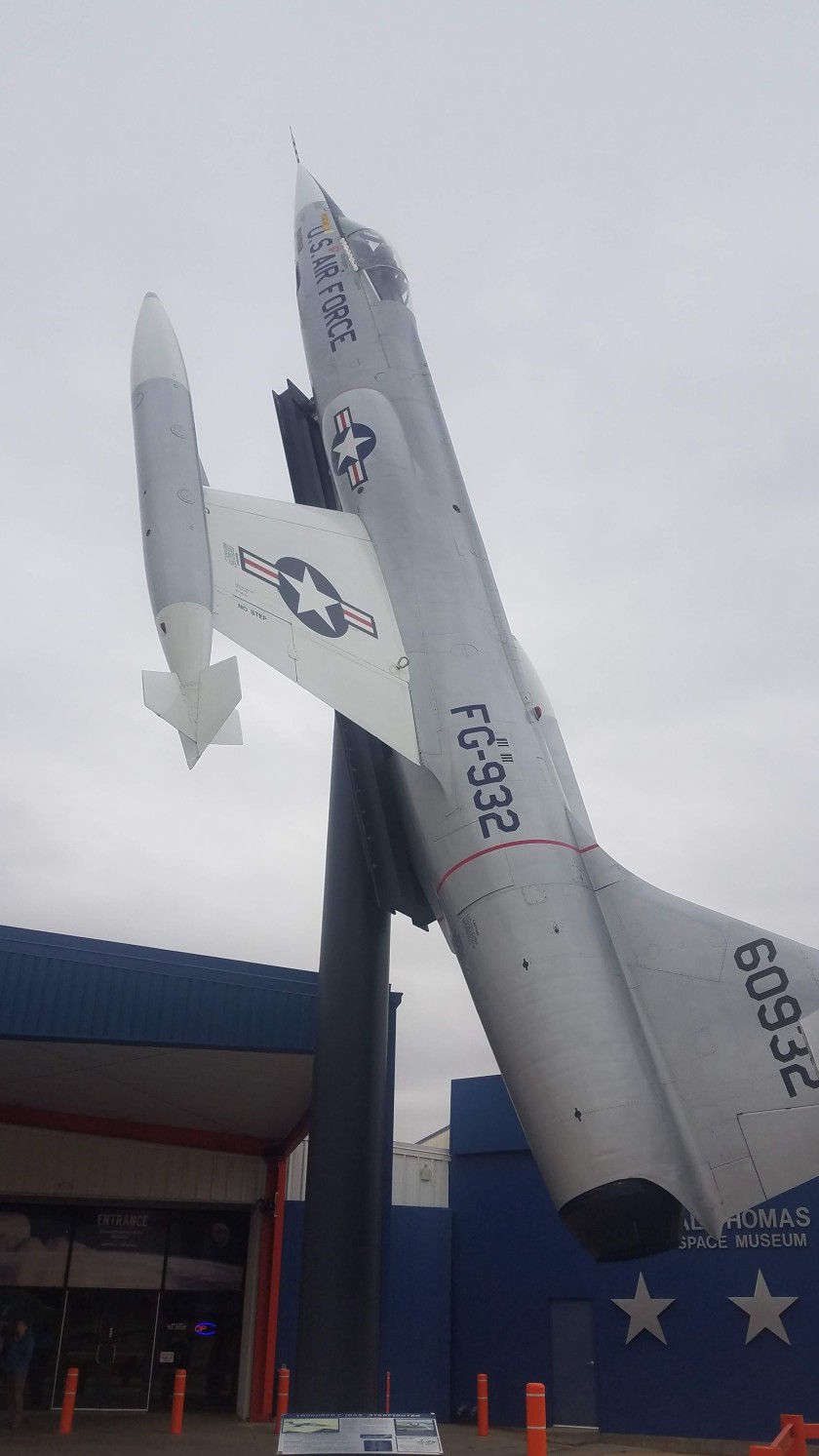 A few more cold miles down the road and we come upon another Gem of a Museum find: The General Thomas Stafford Space and Air Museum at Weatherford, OK. We fortuitously found out about it when we checked into the Wonderlust RV Park at the edge of town. (It also had not been mentioned in the library of Route 66 books). This actual airframe of an F-104 was flown many times by the sponsor of this museum, LtGen Thomas Stafford. Gen Stafford was an Astronaut and test pilot for the US Air Force, flying on nine different space missions. The museum is of the most impeccable standards, with many items on loan from the USAirForce Museum and the NASA Museum. Whoever in in charge of governance, presentation, and maintenance are  consummate professionals. 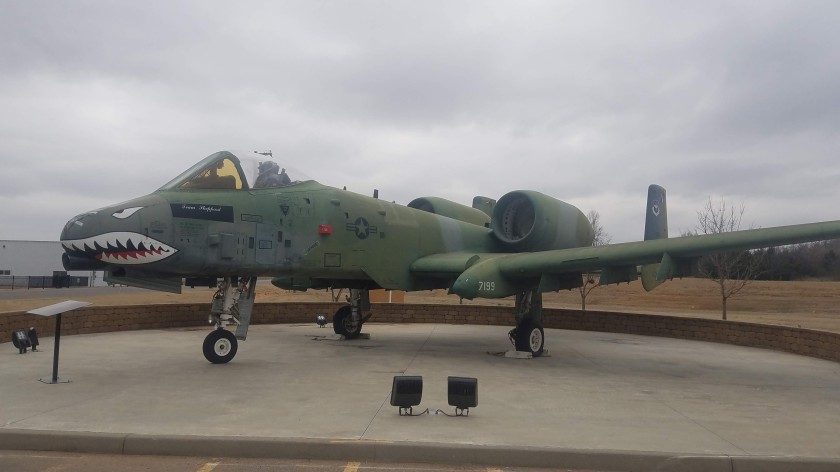 I had to include this shot of the A10, Warthog, as it was the plane my bestest Amigo, Ken Brust flew before he retired from the Air Force. All “ground pounders”, such as myself, love the sight of these ugly flybirds as they come in close and stay close to keep the bad guys at bay. 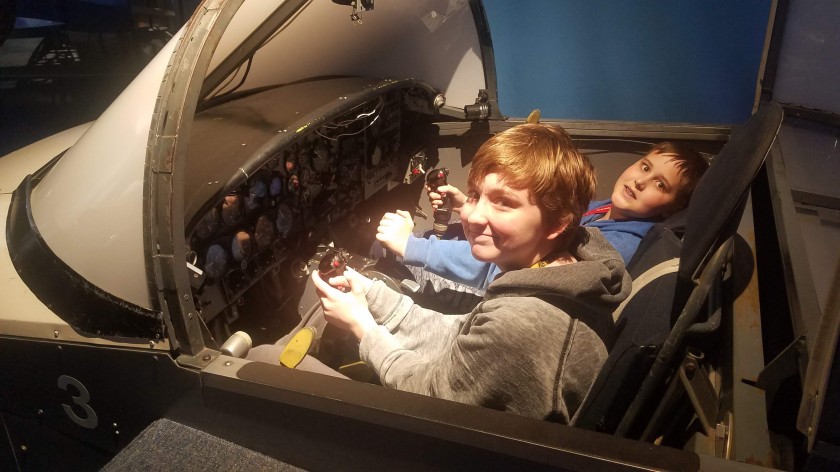 From old fire engines to trainer simulators, interactive displays with the young’uns is a good thing.

Gen Stafford looks a bit like Caesar as he is portrayed here in his Space Flight Suit. I’m just glad this Oklahoman was on our side!

Forecast for the morrow looks wetter, by far, and maybe a little warmer. Not riding in the rain or snow, now you know.

Thanks for coming along. We love it out here, and love it more that you’re here with us.